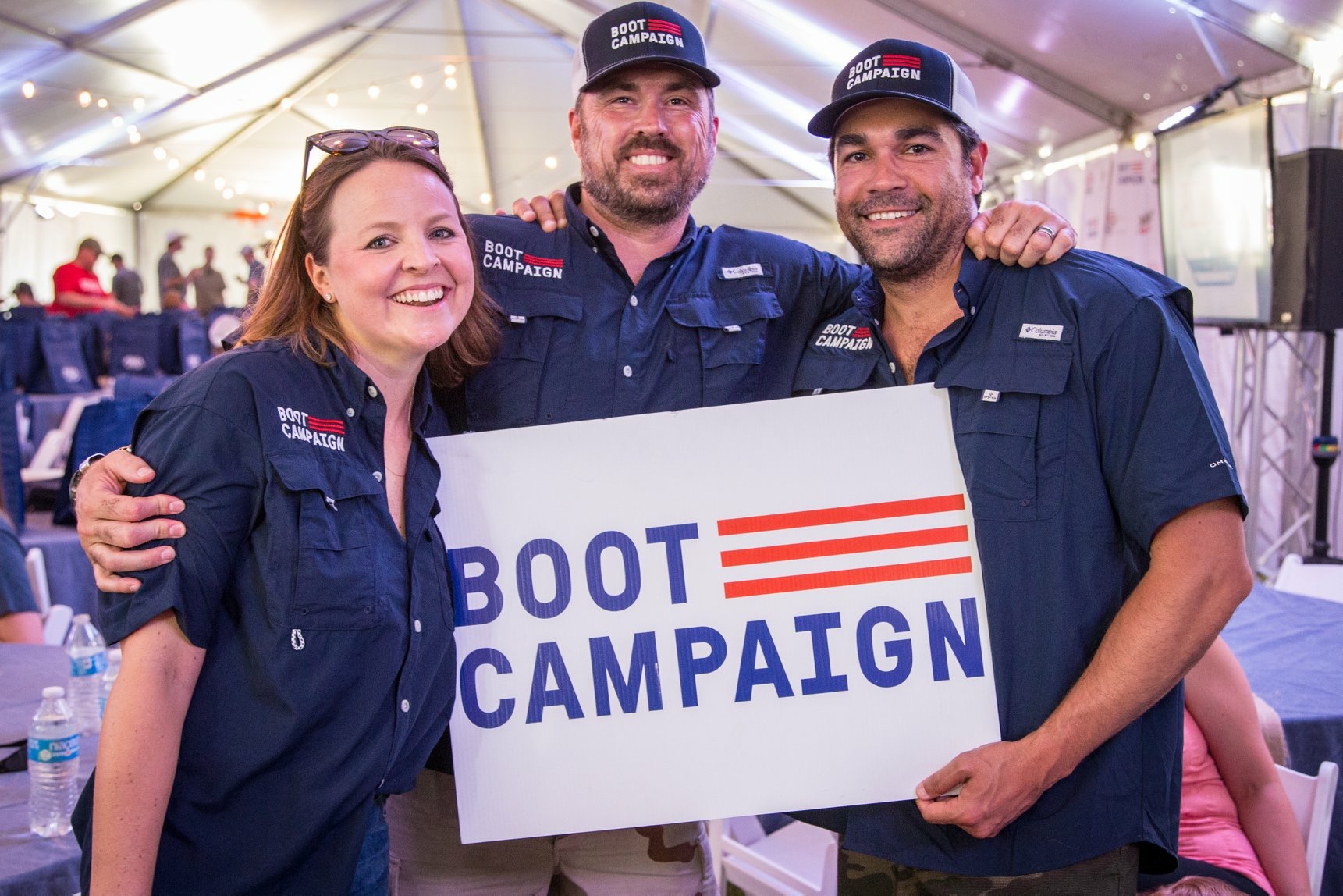 BOOT CAMPAIGN: THE NONPROFIT LACING UP AMERICA AND GIVING BACK TO VETS

This article was originally featured in Coffee or Die Magazine, Black Rifle Coffee Company’s online news and lifestyle magazine, and is republished with permission by author Hannah Ray Lambert.

Combat boots are a staple of military service. For more than a decade, a Texas-based nonprofit has been asking civilians to lace up their own pairs and walk a mile in the shoes of US troops.

Five women started Boot Campaign in 2009. They didn’t have any previous ties to the military but were inspired to show thanks to American troops after reading Marcus Luttrell’s Lone Survivor.

“It was just a simple awareness effort by getting boots on celebrities, influencers, and civilians as an expression of gratitude and a way to say thank you,” Boot Campaign CEO Shelly Kirkland told Coffee or Die Magazine.

The founders had no intention of building a nonprofit at the time, but what began as a fun patriotic photo opportunity quickly gained traction. They realized more could be done. Since then, Boot Campaign has grown to work in health and wellness, focusing on the “big five invisible wounds” affecting veterans: post-traumatic stress, traumatic brain injury, chronic pain, self-medication, and insomnia.

“We don’t want to throw pills at folks,” Kirkland said. “We don’t want to just treat the symptoms they’re experiencing. We really want to get at the root cause so we can make a long-term and lasting change in their life.”

Retired Army Master Sgt. Tim Travis said in a statement that Boot Campaign provided to Coffee or Die, “You are changed forever after service. … There was a different version of me that came home from every deployment.”

Travis said Boot Campaign had taken the time to get to know every one of his mental, physical, and emotional facets and developed a personalized treatment plan for him.

“I am better all the way around — a better person, father, husband, and coworker,” he said. “I have the tools I need and can see the progress of how I’ve gotten better. My wife tells me all the time, ‘It’s good to have you back.’”

Boot Campaign has consistently stepped up its reach, and last year the organization helped 169 veterans from all over the country access care. The need for assistance has also expanded, though.

Kirkland said her organization has seen a more than 300% increase in applications to the health and wellness program, bolstered in part by the pandemic and related financial stress. Boot Campaign is trying to expand its team as some healthcare providers are getting maxed out.

“We need as many people as possible to contribute to the cause so we can give these veterans the care they need,” she said. “But then, from the veteran perspective, we want you to ask for help. We want to make sure that you know you’re not alone and that you matter.”

Travis echoed that sentiment, saying he wanted other vets to know “it’s okay to be vulnerable” and ask for help.

Boot Campaign proudly asserts that, for every dollar raised, about 87 cents goes directly to military families, and Kirkland said that, of the more than 45,000 veteran service organizations registered with the IRS, Boot Campaign is part of the 1% that provides more than $1 million worth of health and wellness services each year.

“We care about you,” Kirkland said. “We want you to stay; we want to fight alongside you and make sure you get the care you deserve.”

The “You Matter” campaign was so successful that the nonprofit made the merchandise a permanent part of its inventory, with 100% of T-shirt proceeds going to the health and wellness program.

Through it all, Boot Campaign is staying true to its original mission: #LaceUpAMERICA.

Six styles of boots are currently available for purchase, including a limited run of black MultiCam Altamas that dropped earlier this year with collaboration from Black Rifle Coffee Company. The social media campaign is going stronger than ever, with American veterans, celebrities, entrepreneurs, and families showing support online.