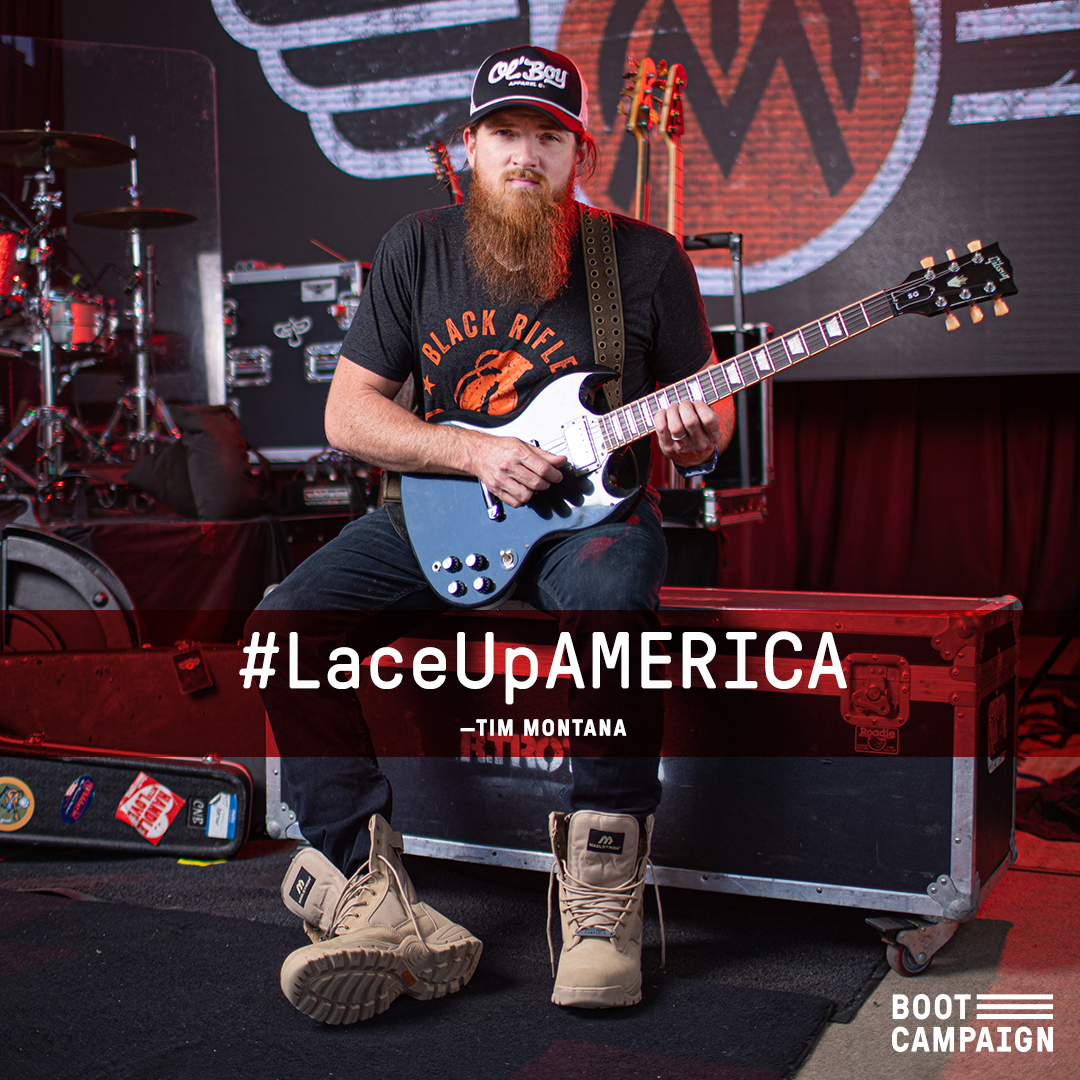 Country-rocker Tim Montana has made giving back to the military community part of the fabric of his music career and life as a whole. We recently caught up with him in Dallas to talk about what it means to #LiveLacedUp and asked him to trade his camo Crocs for Boot Campaign boots.

I respect the heck out of veterans; I considered joining the military but then was accepted to a music school and went that route. I live in the greatest country in the world because of people who choose to protect and defend our freedom in the Armed Forces. It’s my patriotic duty to acknowledge their service and sacrifice.

You mentioned patriotism. What does patriotism mean to you?

For me, not recognizing and remembering the military community is almost criminal! Everyone can do it by simply saying thank you for your service the next time you see a service member or veteran. I urge people to find somewhere in your local community to get engaged with the military and give what you can.

Why did you choose to lace up a pair of Boot Campaign combat boots to show your support for our troops?

When I was first introduced to Boot Campaign, a friend of mine shared that part of their mission was to give back when veterans come back. I couldn’t agree more. I didn’t serve, so serving those who served us all is important to me.

Dave Grohl would be a good one.

Join our #LaceUpAMERICA movement in honor and celebration of Veterans Day at BootCampaign.org/LaceUpAMERICA and donate now!