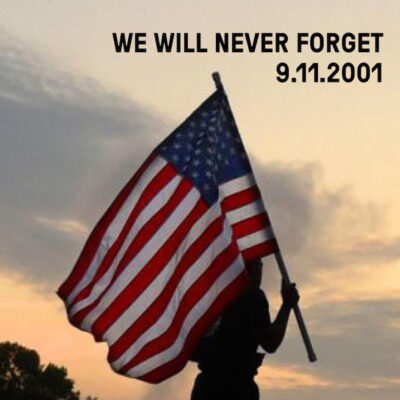 Twenty years ago, America saw the worst, carefully coordinated attack against our freedoms, on our homeland. We witnessed what at first seemed to be a terrible mistake but would soon come to be synonymous with tremendous terror.

Fear resided in our heart, consumed our minds and paralyzed many who remained glued to the TV, watching, waiting and wondering what would occur next.

And still there were others — the heroes among us — who did not hesitate; who did not question; who did not wait, but instead rushed towards danger…those who ran — to the Twin Towers, the Pentagon, and a once unknown Pennsylvania field — on a rescue mission.

And there were still more who were so moved that day that they raised their right hand to volunteer to preserve, protect and defend the United States of America from all enemies, foreign and domestic.

In response to the 20th anniversary of 9/11 and the impact it has had on the lives of all Americans, we asked veterans serving on our board of directors, ambassadors who shed light on their experiences and our staff, to reflect back on that day. Here’s what they said:

“I can still see every moment of that morning in my mind; where I was, how I was feeling, the colors around me, the college classes I went to, the phone calls I made. Anniversaries make me uneasy. I spend time wondering if someone out there is planning another attack for that anniversary.

I think about the time I visited the 9/11 Memorial in NYC and the young girl taking a tongue-out, peace sign up selfie in front of one of the decimated fire trucks on display and how my anger flew off my tongue like a mother horrified by her child’s tone deaf decision.

I think about the healthcare that is needed for those first responders and how they have had to fight tooth and nail to get it. I think about how my life and millions of others’ lives were altered on that day, forever.

My heart aches for those who lost everything that day and in each day that followed because of that day. My heart aches and longs for the sense of unity our country felt in the days and months after. My body reminds me of anniversaries before my mind recognizes the dates and times with steady, drumming panic and depression.

An attack on American soil felt like a violation of our safety and as we know, safety is a necessary need according to Maslow. I don’t know that I will do anything to commemorate this anniversary except spend time in intentional thought and have a drink in memory of all we lost.”

“9/11 was a defining moment for this country and my family. I remember my wife telling me as she began to cry when the 2nd tower came down. She knew then I was going to war. That began a journey we are still on today. Much like my emotions regarding the withdrawal, my emotions of the 20th anniversary of 9/11 are varied and difficult to articulate.

I’m angry that my country was attacked. The killing of so many civilians such a cowardly attack fires me up every time I think about it. Anger seems to be the strongest and first emotion I experience when I think of the attacks.

At the same time I am proud. Proud of the way our nation rallied and responded. The display of American flags seemed to bolster the nation’s ego. Our ability to respond, fight back, support each other and stand as one always makes me stand a little taller.

Then there is the sadness. Sadness at the loss. Sadness that the pride does not live on today. Our nation no longer stands as one but seems more divided than ever. Sadness at this being the event leading to so much combat for so many. Sadness on the impact the attacks would have on my family, my Soldiers and the U.S. as a whole.”

“9/11 certainly has influenced our Nation in so many ways.  We’ve been a Nation at War in our longest running conflict.  We have US Citizens that have grown up only knowing we are at war.  Not sure we’re any safer today than when we started to take the fight to the enemy in their countries; homes.  Sadly, I think our country was more unified 20-yrs ago than today.”

“9/11 to most born on or after 1996 is a historical event that they cannot grasp the weight of. Our nation was never at war (Afghanistan or Iraq), only it’s military. 20 somethings grew up with it on the news and maybe, maybe they knew someone that served or lost a loved one. Very few (per capita) sacrificed while a loved one was away at war or lost a family member. This causes Americans to become removed from the bloodshed, from the sacrifice.

I still shed a tear when I see videos from 9/11 because not only did it affect me as an American but then I fought in the aftermath. I wish Americans did not need a common enemy to realize how much we have in common. The divisiveness of today is troubling because I remember when we were ALL AMERICANS.”

To all those who lace up their boots and have stood up to serve for those you know and love and those you don’t — today, Old Glory flies for you — this day of remembrance, this day of recollection and this day forever marked by the coming together of the United States of America in hope and healing for the future.

What YOU MATTER Means to our Health & Wellness Program Team