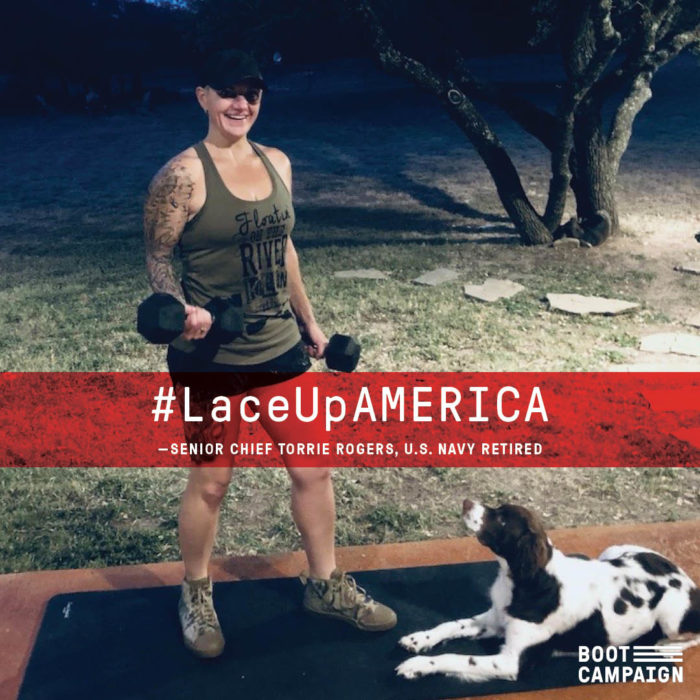 U.S. Navy Senior Chief (Ret.) Torrie Rogers completed a decorated 22-year-long career in the military in 2017 and deployed more than 10 times alongside troops overseas, aboard aircraft carriers and in combat zones, including a tour in Iraq and four tours to Afghanistan in support of Operation Iraqi Freedom and Operation Enduring Freedom. Since retiring from the Navy, Torrie has joined another blue and gold team as a Financial Advisor for Northwestern Mutual. She now provides financial wellness and education to active duty service members, veterans and their families and believes that by helping her fellow brothers and sisters navigate these unchartered waters that it enables individuals to take control of their financial futures and minimizes the financial stress that comes with transitioning out of military service.

“I joined the military with a personal purpose to pay it forward for others and serve something bigger than myself. I enlisted in 1995, and for twenty-two years, I laced up my combat boots and served as a Senior Chief Hospital Corpsman in the United States Navy. The experiences shared while wearing a uniform to protect the freedoms of all Americans are my most treasured memories.”

“In 2009, I began volunteering with the Boot Campaign while still on active duty, and when I retired from the Navy in 2017, I increased my volunteer efforts by becoming a board member and Veteran Ambassador because their mission is personal for me and truly touches my heart!

Boot Campaign’s Health and Wellness program affords veterans the opportunity to get the treatment they need to reset from the experiences we’ve all endured while on active duty. Several of my closest friends and peers have experienced an array of concerns that Boot Campaign addresses –brain injury, post-traumatic stress, chronic pain, addiction and insomnia. I have witnessed firsthand the difference Boot Campaign makes and the impact it has for the veteran and the veteran’s family, admittedly even for my husband and I.

Since March, Boot Campaign has received a 300% increase in requests for care confirming the need is greater than ever; and just this September, senior military officials reported that the already staggering number of active duty military suicides has increased 20% since the pandemic began. If this increase in incidence is similar in the veteran population, the impact is astounding.”

“It is our duty as Americans to GIVE BACK to those who have protected our freedoms as they transition into our communities; to me, that is living laced up. Now is the time to stop the public health crisis of suicide in the military community!!! I protected and served in uniform for more than two decades, and as a retiree I am compelled to do my part by continuing my service with Boot Campaign.”