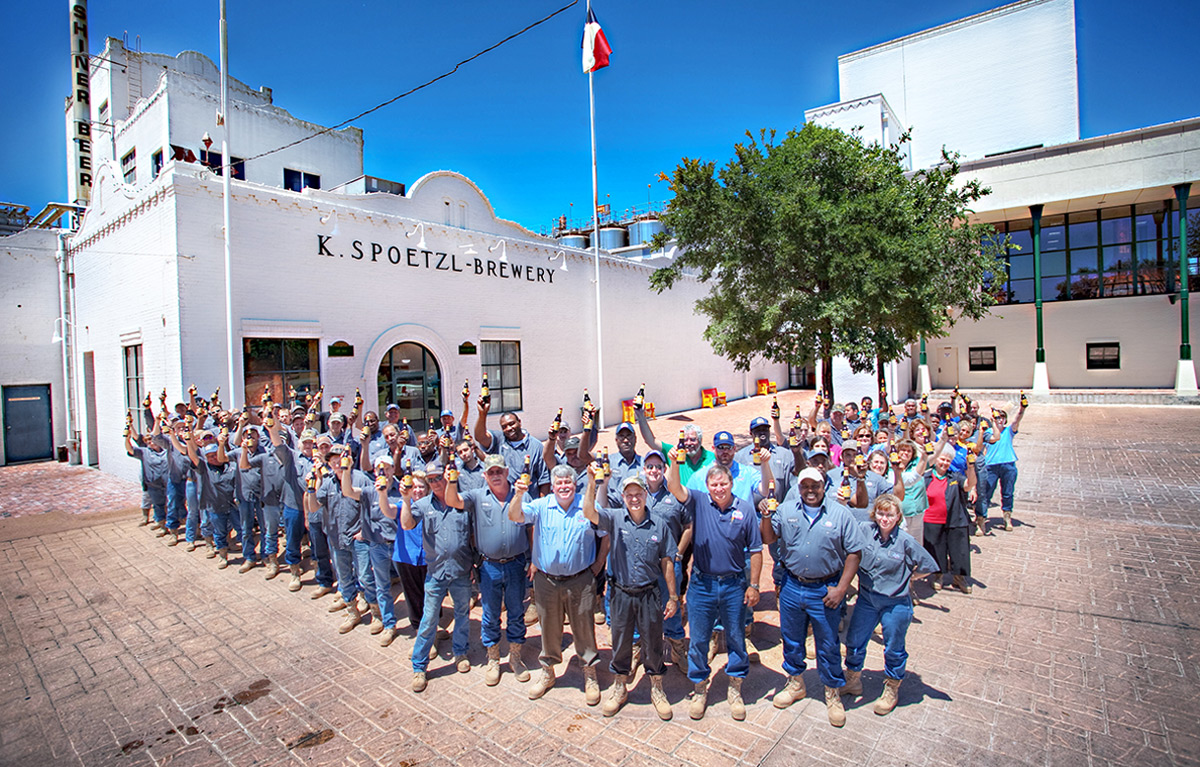 In a recent PR move, a national beer company tried to take on our long time supporter Shiner Beer and the Spoetzl Brewery by putting up billboards in Shiner, Texas to promote their product. The results and responses have been overwhelmingly supportive of  Texas born and bred Shiner Beer, and we are grateful for their consumers who support a brand that gives back and supports our veterans!

So without further ado, the numbers are in for Shiner Beers’ 2019 Toast Our Troops efforts!  The sale of specially marked packages of Shiner Bock and Shiner Light Blonde this summer raised more than $40,000 for Boot Campaign. The company doesn’t just give its customers a way to give back, but they roll up their sleeves and lace up their Boot Campaign boots to match the efforts of their loyal following.

For nearly a decade Shiner has supported Boot Campaign, donating more than $1.3 million dollars to our mission. ‘Tis the season for giving and standing behind the businesses that do good! Boot Campaign is forever grateful for and will continue to #StandWithShiner!