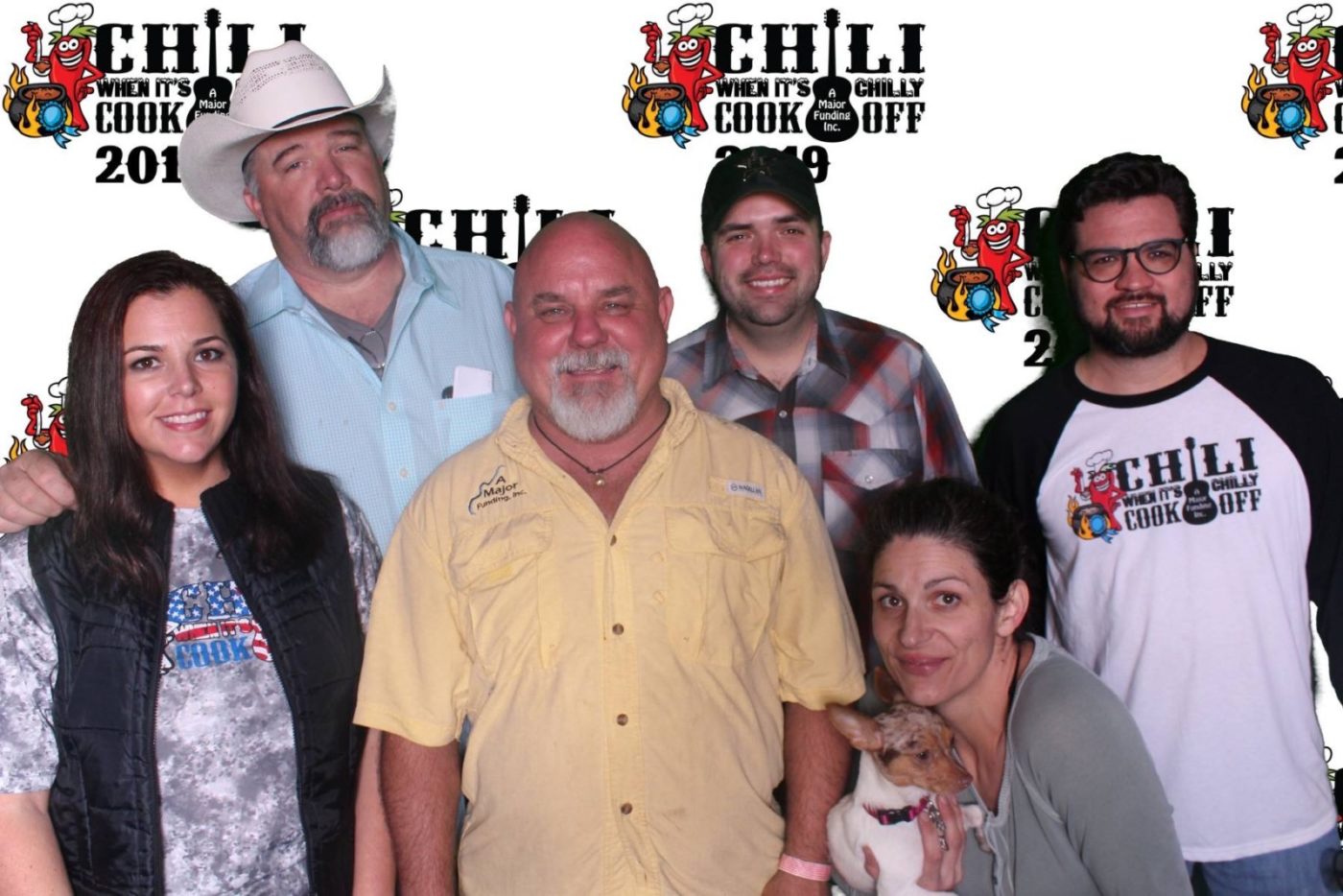 The Chili When It’s Chilly Mission is Personal

Michael & Angie Wren, Alan Martin Jr., Kellie Outlaw, Zane Homesley, and Alan Martin Sr., also affectionately known as “Big Al”, got together to brainstorm how to enjoy good times with family and friends, stir up a little friendly competition in the form of a chili cook off, all while giving back to those in need. These five Texas patriots created Chili When It’s Chilly with the purpose of giving back to those that protect our freedoms. And since 2013, Chili When It’s Chilly has garnered incredible support for Boot Campaign.

Over the years, challengers from all over Texas have poured their heart and soul into their creations, new foods have been added to the already extensive list of cook off categories, hundreds of judges have lined up to taste the talents of those who enter the competition, but one thing has remained the same: The steadfast support of the veteran community. As a result, Chili When It’s Chilly has raised more than $55,000 to help fund Boot Campaign’s programs. For one of the event hosts, the cause is far more personal now.

Big Al’s son, Alan Jr., served in the Army National Guard and after returning home Big Al shared, “My son Alan Jr. went to Iraq twice. When he returned home, he was ‘off’ but I didn’t understand it. He didn’t have scars, or holes; he had all his fingers and toes …. so in my simple mind, he was fine. In reality, he was not. I don’t know how close we were as a family to being a statistic, but it was closer than I like. With the knowledge I have now, I shudder to think of all the dads in the world who might be edging closer to a disaster and not knowing it, all while there is HELP available. Boot Campaign stands in that gap, and for me personally, I will work as long as I can stand to support Boot Campaign’s efforts.”

So join us February 14th and 15th in Waller, TX! Your support of Chili When It’s Chilly helps restore the lives of military families through individualized care and provides access to life-changing programs free of charge to veterans and their families.