2019 has been a year of celebration for Boot Campaign! We’ve gotten to look back at 10 years of serving veterans and their families and things are no different for the close of another year of giving back. This year, we also celebrate five years of providing a joy-filled Christmas for veteran and active duty military families through our annual holiday program, Santa Boots.

Boot Campaign’s Santa Boots program strives to spread extra holiday cheer to veteran and active duty military families who have experienced a particularly challenging time throughout the year. Through partnerships with national nonprofits – Armed Services YMCA and Operation Homefront — we are able to make spirits bright of military families nationwide.

Thanks to the generous support of Americans, pretty patriotic partners and volunteers, Boot Campaign wrapped, packed, and hand delivered more than 100 HUGE packages to military families from Massachusetts to Hawaii! Our work this Christmas wouldn’t have been possible without the Jordan Spieth Family Foundation, Elf on the Shelf, Grit Expositions, Foster & Fathom, Premiere Meetings and Events, Ole Smoky Moonshine, Leadlease, UPS, and R.E. Cupp Construction.

Here’s what Boot Campaign’s holiday gifts mean to some of the families we have served: 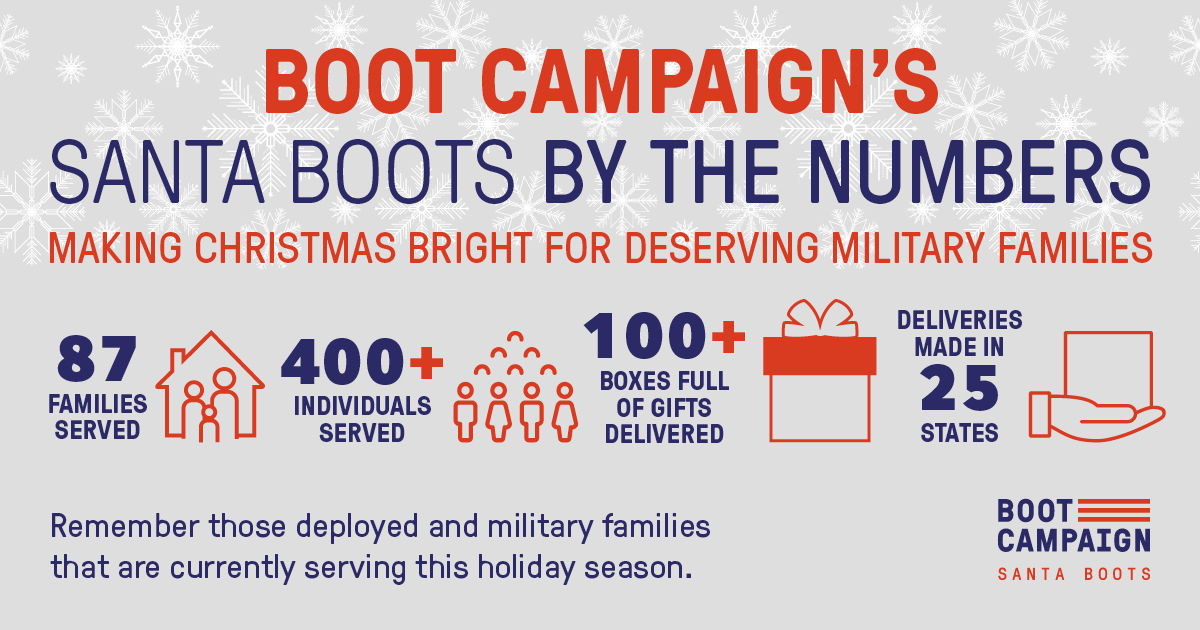 We are so grateful for all those that joined us to serve military families through our Santa Boots efforts this year. This program would not be possible without you.

Join our Santa Boots efforts in 2020!