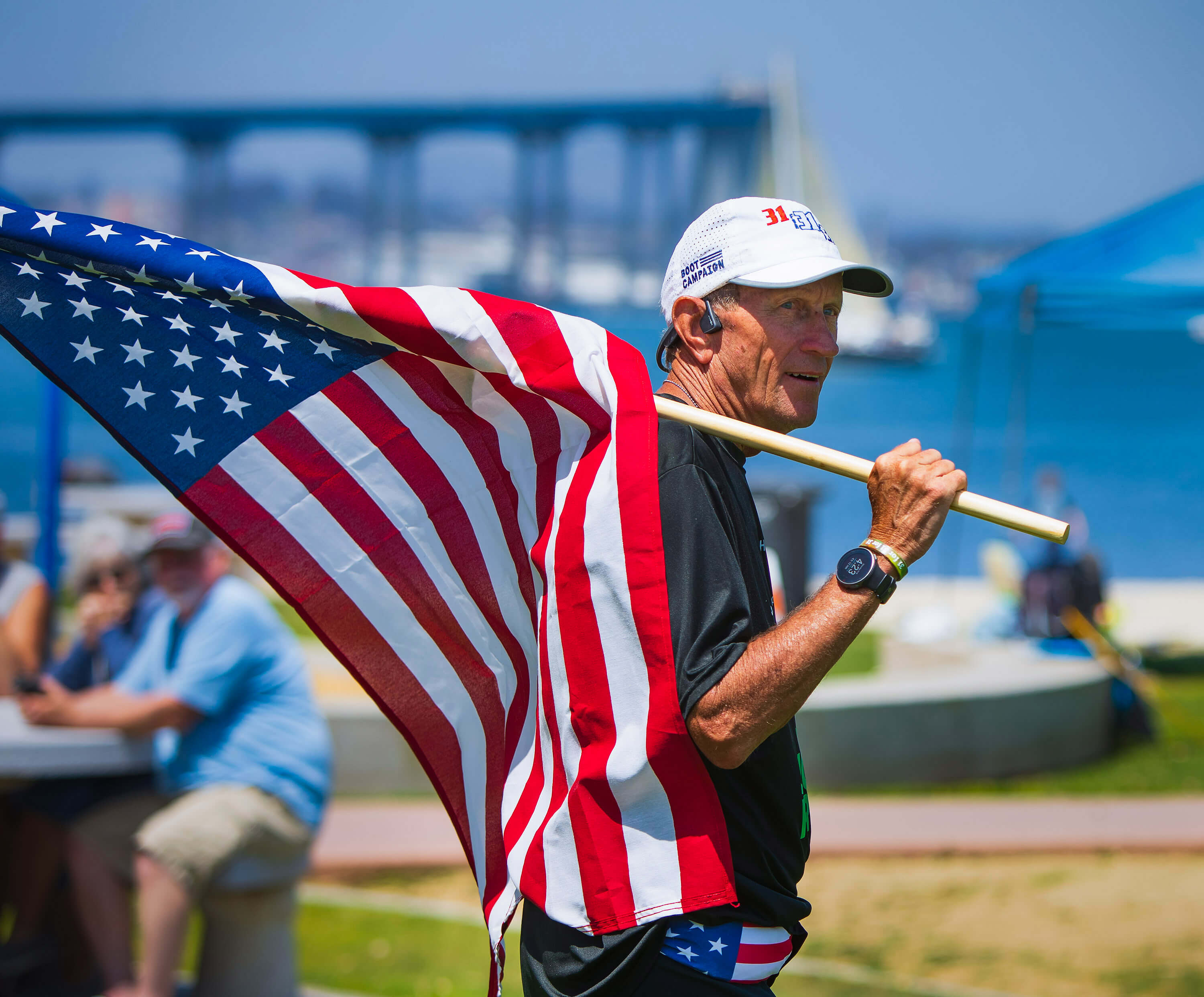 For the third year in a row we are honored to celebrate Military Appreciation Month alongside our Board Member and ultramarathon runner, Mike Rouse, who will again be running 31 miles for the 31 days in May. What he began as a personal tribute to fallen heroes has expanded to an outpouring of awareness and appreciation touching so many across the country and we are honored to be a part of it. Plus, at the age of 69 years-old, he isn’t letting anything stop him in his tracks.

We wanted to ask Mike a few questions to understand more of his “why” behind this challenge, his passion for showing appreciation for service members and how you can get involved.

Why is Military Appreciation Month so important to you as a civilian?

I am blessed to have made so many friends in my lifetime who served in the military. With that, I’ve unfortunately lost several of those dear friends.

I have such an appreciation for their sacrifice and willingness to serve our country, especially since these men and women volunteer for this incredibly important role.. When I grew up, there were people who didn’t have a choice. They had to serve. Once our military became 100% volunteer based in the 70s and 80s, it became clear that every single person serving from then to now does so because they want to.

They want to sacrifice their position and their life for the betterment of our country and for our freedom. My freedom. I have such a high respect for them and the choice they made. I know some incredible men and women who could have become anything they wanted to be – doctors, lawyers, athletes, successful entrepreneurs – but they made the decision to serve, protect and fight for you and me. That is why it is so important to me to show them appreciation everyday, but especially during Military Appreciation Month.

For the third year in a row you will be running 31 miles daily for all 31 days in May. What first inspired you to start this challenge and why do you keep it up?

It all began when I lost my dear friend, U.S. Navy SEAL Petty Officer Jon “JT” Tumilson. He was one of 31 service members aboard a military helicopter that was shot down in Afghanistan on August 6, 2011. I launched a race to honor their lives and the anniversary of the tragic event. When the pandemic hit in 2020 and all events were forced to cancel, I couldn’t bear not doing something to honor them.

In May 2020, even though I wasn’t able to see family or gather with others, I realized I had 31 days where I could do something. I decided I could still go out and run on my own to show my respect. Last year I was grateful to be able to run with others across the country to spread awareness and support during the month of May.My hope is this continues to grow to include more teams and communities across the country so more will express their appreciation and gratitude in a meaningful way.

What are you specifically hoping to accomplish or achieve this year?

Millions of people walk or run every day. I’m not doing anything revolutionary.The fact that everything revolves around the number 31 – 31 miles each day, 31 days in May to honor and appreciate our nation’s heroes – that is what draws attention.

By the end of the month I’m beaten to a pulp, both physically and emotionally. However, it really does bring true life and true meaning to me. So many families will never be the same because of war. My pain is minimal when compared to what they have gone through, and it is what propels me to continue running through it all and to honor them with each step I take.

I’ll never stop running as long as I live, but this challenge is not about the running for me. Even though people have shared how impressed they are with my ability to run so much or so far at my age, I do this because it draws attention to who I’m doing it for.

How else should/can civilians show gratitude to those who serve(d) this month?

Even if you can’t go out and run, walk or bike 1 mile a day in May, you have a voice and can use your platform or network to help more and more people get involved and become aware of what we are doing.

Lacing up in Boot Campaign’s combat boots or even just wearing a Boot Campaign shirt or hat can help spread awareness in your community, too. It has opened a number of conversations for me in my everyday life, from the grocery store to watching my grandkids at their sports games, to talk about my appreciation for the military and organizations like Boot Campaign who provide much deserved care and treatment for veterans. Just by sharing the purpose and message of Military Appreciation Month with the connections you have in your community, you have the potential to reach thousands more people to join in these efforts.

To join Mike in our Military Appreciation Month Fitness Challenge or to get more ideas to spread awareness in your community, visit bootcampaign.org/militaryappreciation.