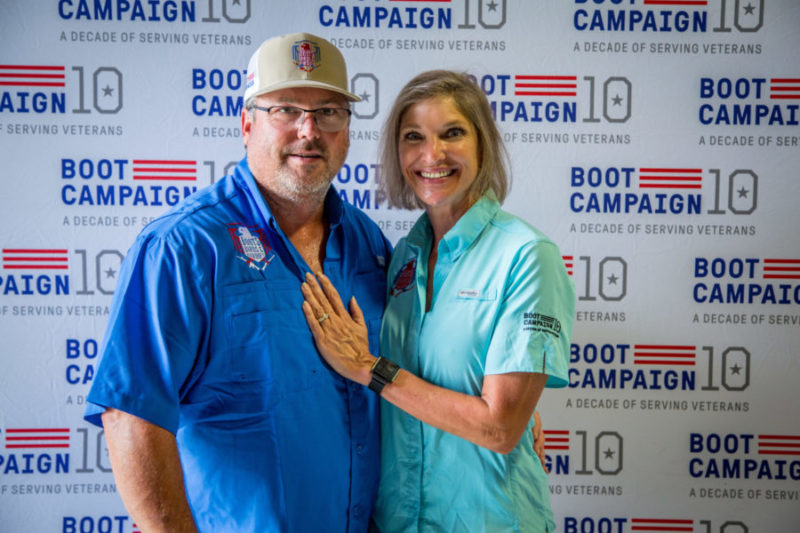 Competitive Spirits Turn To Do Good

In a world where competition of every kind has become so cut-throat and being #1 comes at all costs, it takes a large measure of humility and gratitude for something bigger than self to lay down the gloves and shake hands.  And when it happens, everyone wins!

In 2010, John and Pam Hughes found themselves searching for a veteran charity to support. They felt like they weren’t doing anything to give back to those fighting for the freedoms we get to enjoy everyday. Through some good friends, they were introduced to Boot Campaign and later found out that one of their friends from childhood, Leigh Ann Ranslem, was a co-founder of the organization – talk about stars aligning!

While attending another event John came face to face with one of his fiercest business rivals.  Both put down the gloves. Both had a blast at the event, celebrated freedom, opened their wallets and dug deep to benefit others. The Hughes’ returned to south Texas inspired to make a difference for those who serve. They had a big dream to harness their small community and business relationships to celebrate freedom and use the positive energy to make a difference for others, especially for men and women who serve and come home in need of funding for the treatment of hidden wounds of war. Fast forward nearly a decade and the two business rivals are now best friends — and so are their wives.

Knowing that the power of friendship can unlock the keys to immeasurable good, John and Pam found others they knew who were fierce competitors in the business world, asked them shake hands and come together to celebrate the freedom they all have in common. With the help of many – Jerry Copeland, Hunter Hindes, The Swaim Family, Joel McDaniel, Price Chevrolet, Pat Schuchart Family and Allways Autogroup, The Bedwell Family and Clear Energy Services, The Jenschke Family, Brett Rosenburg and Mountain Laurel Minerals and other patriots in their small community in South Texas – Boots, Birds & Birdies became a big hit! Since 2015 “BBB”  as it’s affectionately called, has raised more than $932,000 to support veterans and their families through Boot Campaign! That’s a lot of support from a tiny town with a population hovering slightly over 10,000 people!

Maybe you are itching to get some friends together to celebrate your freedom this summer season. Perhaps you know some rivals who would be great friends if only they had a reason to set aside the boxing gloves. It’s easier than you think to unite people when you come together with a common goal of celebrating freedom and supporting those who give us the freedom to pursue our dreams. You know that when you celebrate your freedom by hosting a fundraising event, you help give freedom back to many of our men and women imprisoned by the invisible wounds of their service. 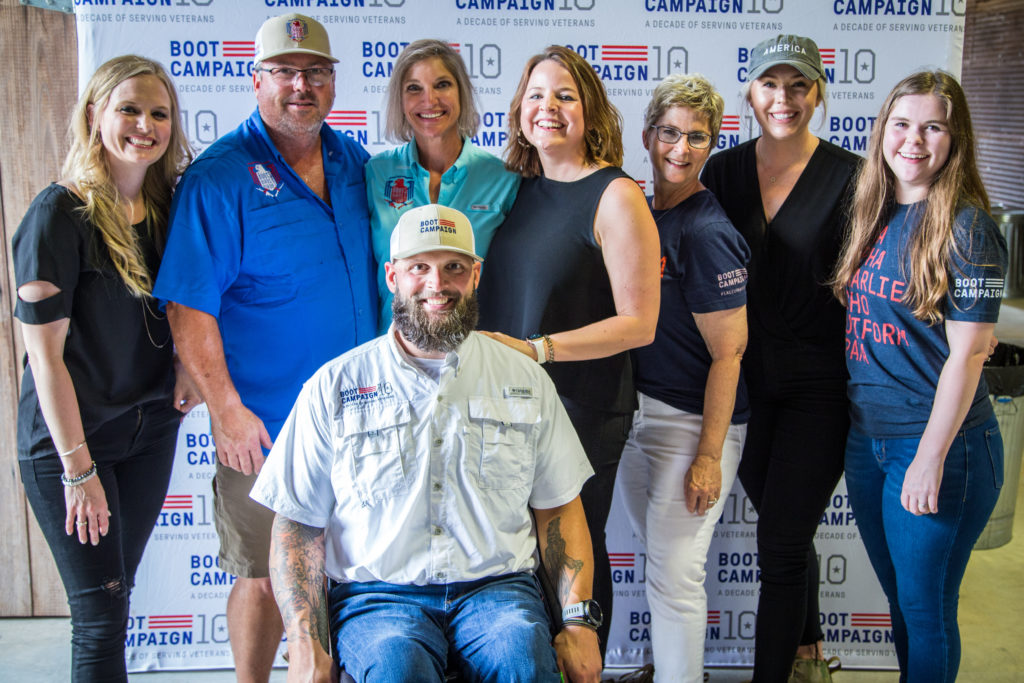 Two Brothers, A Family Ranch and A Wild Idea