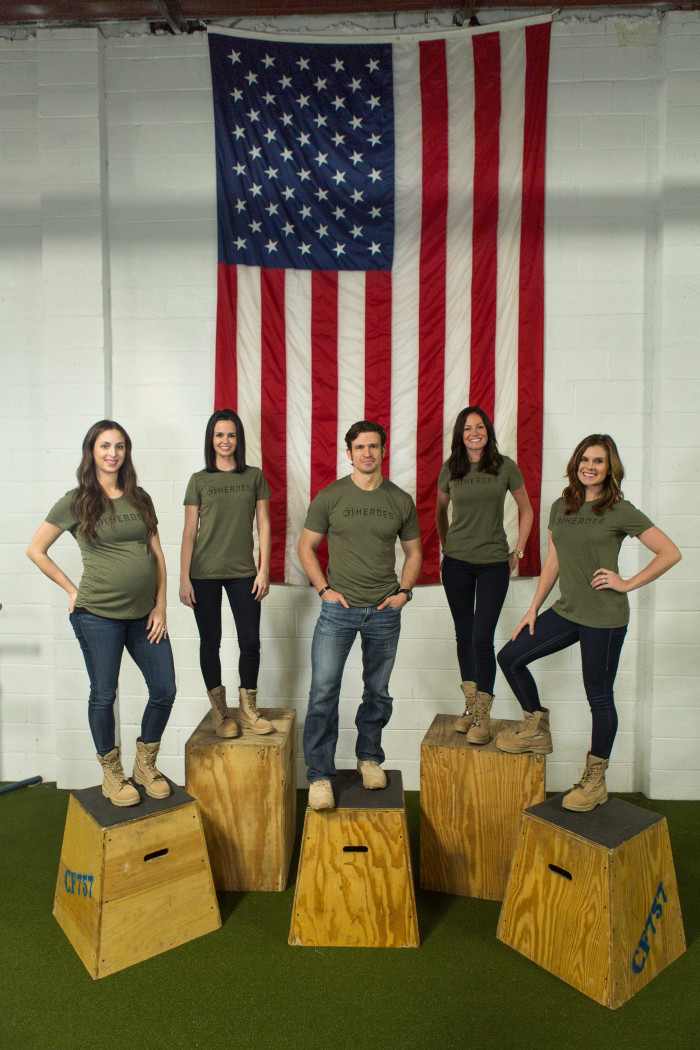 In the nonprofit world, collaboration is key in doing the most good for the most people. And when the right two groups get together, the good stuff doesn’t just double, it snowballs. When it comes to supporting the men, women and, yes, children, who sacrifice so much for all of us, we just can’t do enough. This year, The 31Heroes Project joined forces with the Boot Campaign in what can only be described as a perfect match – with military family support at the core of both organizations, great things are bound to happen.

As an established 501(c)(3) charitable organization, The 31Heroes Project serves to impact the lives of our nation’s heroes and their families, while remembering the fallen, through athletic endeavors and competitive fundraising events – put simply, they host 5k runs, obstacle course races and athletic events across the country, giving the proceeds to deserving service members and their families. As their name suggests, The 31Heroes Project was established to honor the 30 Americans and one working dog killed in the crash of the Extortion 17 Chinook helicopter in Afghanistan on August 6, 2011. After those 30 service members and one military canine lost their lives, a massive fundraising effort was born that quickly turned into a mission; the four-week, $300,000 campaign was meant to care for the loved ones left behind after the crash, but the project was so successful, it was obvious there was an opportunity to reach even more families. With an executive board filled by military spouses and a Navy veteran CEO, The 31Heroes Project knows their stuff.

The Boot Campaign had a similar beginning back in 2009, turning a successful fundraising effort into a nationally-recognized nonprofit. Known for pairing combat boots with everything from cocktail gowns to three-piece suits, their mission to promote patriotism, raise awareness of issues facing military families and provide assistance for all generations of service members has earned the support of an impressive list of corporations, celebrities and, most importantly, veterans who know what it’s like to walk in those boots. Since its inception, more than $2 million has been given to military families for a wide range of needs that aren’t met through government programs or other nonprofits. The money comes from retail sales of combat boots, apparel and mission-focused merchandise, general public donations and corporate sponsorships, and has increased each year. Their flagship national fundraiser, Pushups for Charity, aligns perfectly with The 31Heroes Project’s Joggin’ for Frogmen 5k races and The 31Heroes WOD (workout of the day), creating opportunities for both groups to widen their audience and help more heroes.

From the beginning, the founders of the Boot Campaign envisioned a nation where every American wore combat boots to support our military. That’s a big goal, but The 31Heroes Project heard the call and got their boots on in 2014. They encourage runners and walkers to wear boots for each Joggin for Frogmen event, too, and boots will play a part in the major kick-off event for the 31Heroes WOD on June 4, 2015. The 31Heroes WOD itself takes place worldwide August 1, 2015 and pays tribute to the nonprofit’s namesakes with reps counted at 8-6-11. The Boot Campaign plans to help out any way they can, spreading the word about Joggin for Frogmen races and the 31Heroes WOD, providing support to shared clients who need assistance and, of course, getting The 31Heroes Project audience in boots!

With different strategies to accomplish similar missions, both the Boot Campaign and The 31Heroes Project are exceeding expectations when it comes to giving back to America’s servicemen and women. Working together, their efforts provide tremendous support for military families, in simple ways like telling the stories of those who serve, to monumental impacts like housing and education grants. To learn more about The 31Heroes Project, visit 31Heroes.com; to learn more about the Boot Campaign, visit BootCampaign.org.