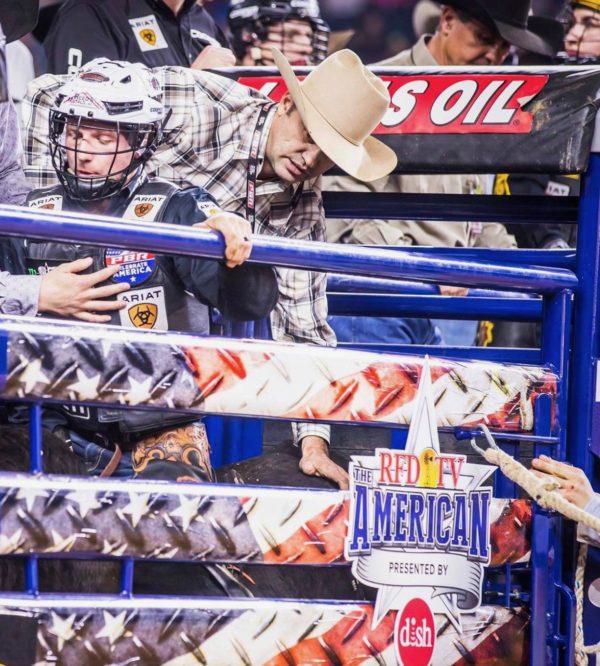 A Cowboy’s Love for Bulls & His Country

We sat down with Casey Cox – a Texas cowboy who raises and trains bucking bulls and produces the Zimmerer Kubota PBR Challenge in Allen, Texas with his wife, Lisa – and asked why our veterans and the military community means so much to him.

“When we decided to produce the Zimmerer Kubota PBR event in Allen, Texas three years ago, we wanted it to have greater purpose and meaning for those who serve our country. Every year we partner with veteran and first responder nonprofits so the proceeds from the event benefit their programs. I’m thrilled to partner with the Boot Campaign because they are doing incredible things to help our veterans and their families.”

“My love for the United States and military veterans started at an early age because of three men. Growing up, Uncle Bob was my hero; he was so cool. My dad always shared stories about Uncle Bob’s 22-year Army career and how on his last tour in Vietnam, my dad met up with him when Uncle Bob returned home to ensure no one disrespected him. During those days, we’ve all heard about the horrible and unimaginable stories about how our Vietnam War Veterans were not welcomed home. My dad would not stand for it.”

“When I was 11, Uncle Bob passed away from a blood clot that was the result of a gunshot wound he received during a fire-fight in Vietnam. I vividly remember his funeral, the bugler, and the 21-gun salute from the Honor Guard. I still have one of the cartridge blanks they shot. Even though I was young, I understood what he gave to our country. I felt a great sense of honor to be at his funeral paying my respects to an incredible man.”

“My dad followed in Uncle Bob’s footsteps and also enlisted in the Army. He lied on his enrollment paperwork and was only 16 when he joined. During the Korean War, he served on the front lines as a cryptographer. After serving eight years, my dad went back to school and eventually taught me the horse business. I owe my love of our country and appreciation for the men and women who serve to protect our freedoms to my dad, Uncle Bob and my godfather who served in the Navy during World War II, Lester Phillips.”

As Ronald Reagan said, “Freedom is never more than one generation away from extinction. We didn’t pass it to our children in the bloodstream. It must be fought for, protected, and handed on for them to do the same.” The lifestyle of cowboys and military service members is often a legacy that is passed on from generation to generation as it has been for Casey Cox, a veteran himself.

Get your tickets to the Zimmerer Kubota PBR Challenge now!