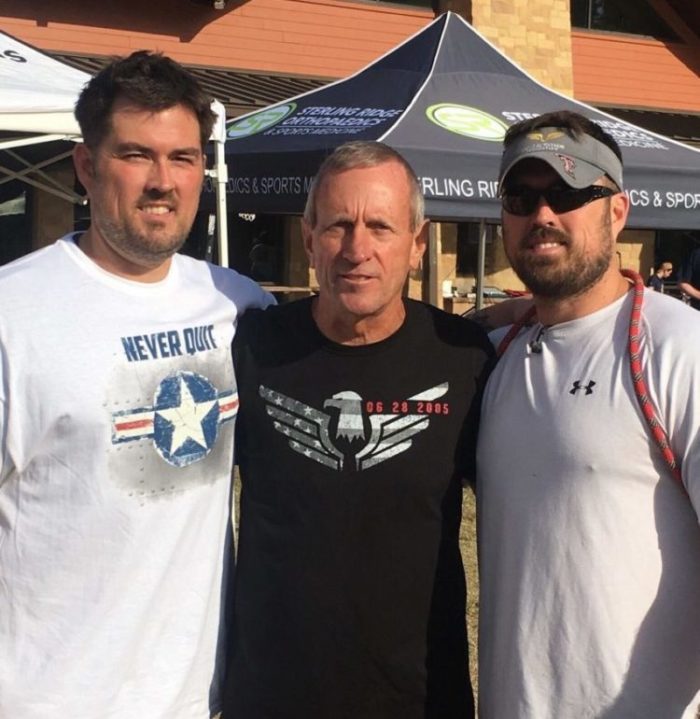 August 6, 2011. The deadliest day in U.S. Navy Special Warfare history. It’s the day the lives of 31 Americans were lost in Extortion 17. One of those Navy SEALs who perished that day was Jon Tumilson, a hero and friend to many.

One of those who called JT a friend was Mike Rouse, dedicated runner and founder of Joggin’ for Frogmen.

He says, “I’ve been blessed with the physical ability to run a ton and remain injury free….slow, methodical, but getting it done. I have the time, energy, and determination to set a goal and stick to it.”

Starting May 1st, 2020, Mike will run 31 miles a day, for the 31 days of May, honoring the 31 heroes who died in Extortion 17. Each day he will wear a shirt that bears the name of one of those US warriors.

Let’s support Mike as he pounds the pavement, one foot in front of the other, to honor his friend, JT, and the lives lost and legacies that live on.

Will You Do It?