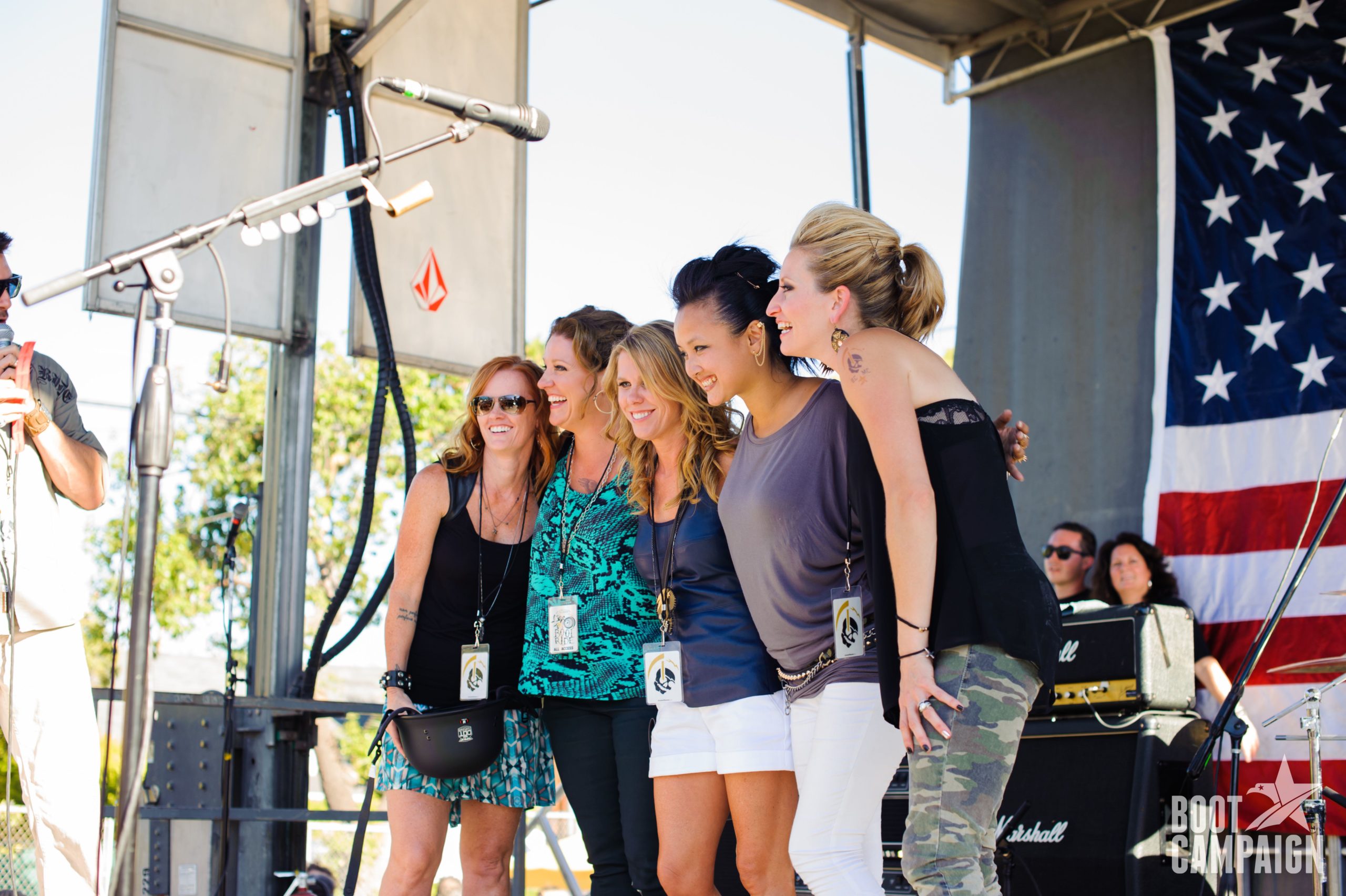 Her ask was serendipitous. I was in a personal state of transition when my friend, Sherri Reuland, posed an idea to me to help channel my energies. She knew that finding a way to give to others would help in my own personal healing.

Sherri’s idea was unique: To put combat boots on everyday civilians and celebrities as a way to honor our current service members and veterans. It wasn’t that I didn’t think it would work, but I never thought it would grow to be a national nonprofit with this scope and reach!

There were certainly moments I thought to myself, “we’re on to something.” One of those came early on when we received an email from Morgan Luttrell (whom none of us knew at the time) while he was on deployment overseas.

He wrote, “What you are doing is beyond amazing and I hope that others have given their gratitude and thanks to you as well. My teammates and I have had the opportunity to see the video of the Boot Campaign and we were speechless at the end. It is our pleasure to fight a world away for the five of you and your families and friends.  Please know that what you are doing has been recognized by all of us. I wish I could hug each of you and say thank you in person but it will have to wait. Now it’s time for me to get my boots on and go to work.”

Knowing Morgan and his teammates had heard about five girls in Texas trying to find a way to show our gratitude was incredibly meaningful. Throughout my time at Boot Campaign, anytime there were challenges, that was always a moment that kept me driving forward. And there were a lot of challenges when I would need that reminder.

The five of us founders had jobs and families; nobody was there to do the work of building the organization in the beginning so we took on the everyday operations in our spare time in the early years. Our meetings took place at 9pm on Sunday nights because that was the only time available for everyone.

Fast forward a few years, and the cast of Sons of Anarchy put their boots on. That photo shoot encapsulated the idea that such a simple gesture of putting boots on could do so much. Those guys turned out to be such great partners and advocates for Boot Campaign and that’s why my favorite memory is also our first Boot Ride. The camaraderie of our team, the collaboration with the Sons of Anarchy cast, the excitement of the attendees exemplified everything that I hoped our little charity could become.

Healing from personal transition hit home for me when I realized our men and women who serve have far more transition when they return home affected by what they’ve seen, experienced, injuries sustained and memories they can’t forget.

Boot Campaign has taken on a life of its own, and I have never stopped marveling at how the idea of giving back to our veterans continues to inspire and awaken patriots across this country every day.

To honor our veterans and find meaningful ways to give back fed my passion for the military population. I believe each of us founders have learned valuable lessons about ourselves in the process which has made it all worth it. The blood, sweat and tears invested makes what was once just a crazy idea incredibly worthwhile. And that’s serendipitous!

Get Involved with Boot Campaign This Season of Giving