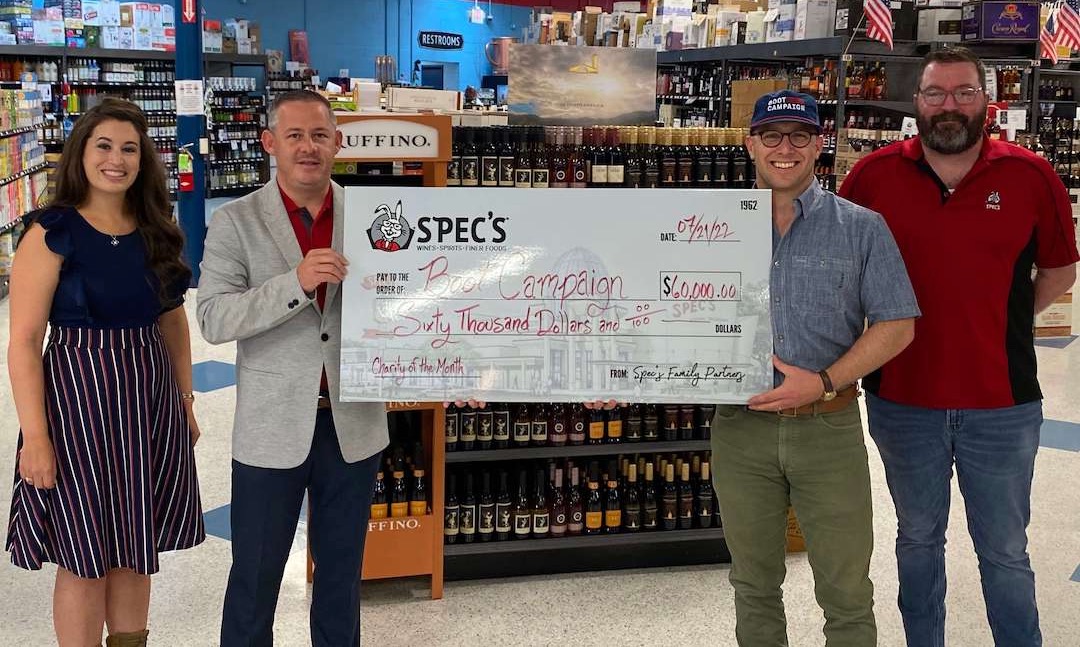 We are constantly inspired by the drive of Americans to give back to the men and women who served us first, and incredibly grateful when businesses step up to get their staff or patrons involved too. Spec’s, a one-stop shop for all things wine, liquor & beer with more than 100 stores in Texas, did just that in June as they named Boot Campaign as their charitable organization for the month!

From June 1-31 in all store locations across the Lone Star State, patrons had the opportunity to make monetary donations at check-out or via their charitable foundation online. Additionally, a portion of proceeds from the purchase of the special edition TX Whiskey Stars & Stripes bottle at Spec’s also contributed to our mission-driven programs.

Last week, members of our staff met with representatives at a Spec’s location in the Dallas/Fort Worth area to thank them and receive an update on the final donation. We were blown away by the generosity of Spec’s customers in June as together they raised $60,000 to support the veterans and military families we serve!

Thank you to the entire team at Spec’s and to the customers who showed their support for our mission and programs!