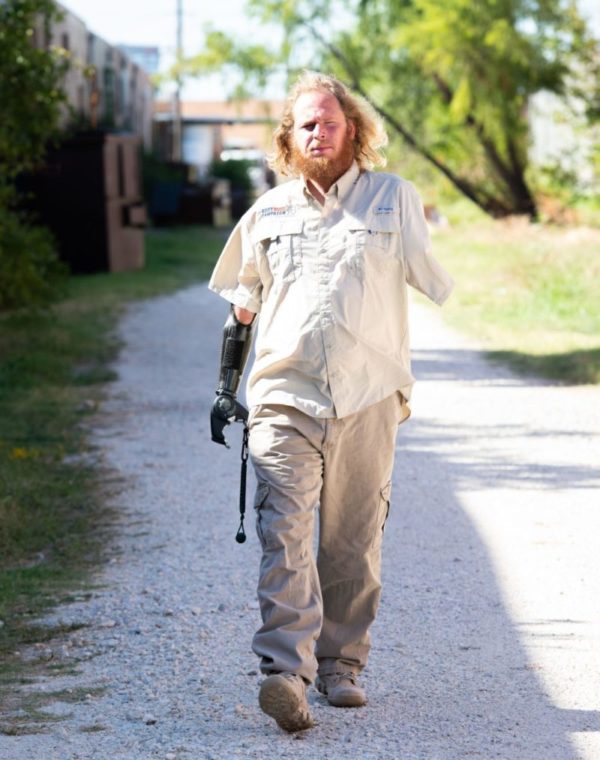 Marine Corps veteran, Staff Sergeant Marcus Burleson, holds a special place in the hearts of all affiliated with Boot Campaign. He was one of our first veteran ambassadors; one of the first wounded veterans that we supported through our programmatic efforts and one of the first to participate in our health and wellness pipeline.

When our partner, Soledier Socks reached out with a new sock design to benefit our efforts to ignite the inner patriot in all Americans and provide life-improving programs to military families nationwide, we knew just who to name it after — our friend, Mark Burleson.

How were you first connected to Boot Campaign?

I was first connected to Boot Campaign through Scott O’Neal. He was good friends with Chris Kyle, and after I was injured, he connected the two of us because we were from the same hometown and had difficulties after returning home. As many now know, Chris found peace helping other warriors. I’ve since found out that I was one of the first connected to Chris.

Why were you drawn to the Boot Campaign message?

I was drawn to Boot Campaign because they have a real interest in how to best approach veterans. They care about supporting the real needs of veterans versus coming up with what they think are the needs. I joined them as a veteran ambassador in 2014 and they listened in how to best serve military veterans and their families.

What is your greatest Boot Campaign memory?

My greatest Boot Campaign memory is from 2013. Boot Campaign hosted an event called Boot Ride in Los Angeles. Cast members from the hit TV show at the time, Sons of Anarchy,  joined us and WOW, it was an absolutely fantastic time. Something I will never forget.

To me, patriotism is every American’s duty. It may not mean that everyone should serve in the military, but it’s our duty as Americans to support those that do.  Government officials are also serving. It’s absolutely our job as citizens to question and be wary of the choices officials are making because we put them in those positions. At the same time, we have to ask ourselves how can we best support them in the job that they are doing. Patriotism is about honoring those who have allowed us the freedom we have at home; to teach our children the history of America  and how to support others. We’ve become so selfish these days that it’s become “uncool” to be patriotic.

What is your hope for the future in how America supports the military community?

I hope America continues to appreciate our military and support the like-minded volunteers willing to sacrifice everything to ensure that every American back home has the opportunity that was promised to them.

Our partner Soledier Socks, with a little help from us, named a sock after you. What do you think of that?

It’s fitting; I would’ve laughed if they wanted to make a pair of gloves.

Since Boot Campaign was born because of boots, we have to know: Who is your favorite boot shoot?

My favorite boot shoot is most definitely The Rock. I was a huge fan of his growing up and have continued to be to this day. He’s not only an amazing entertainer; he’s a truly humble human being and someone that I would be proud that my kids wanted to grow up to be like him.

Get your pair of The Burleson Soledier Socks to benefit Boot Campaign! 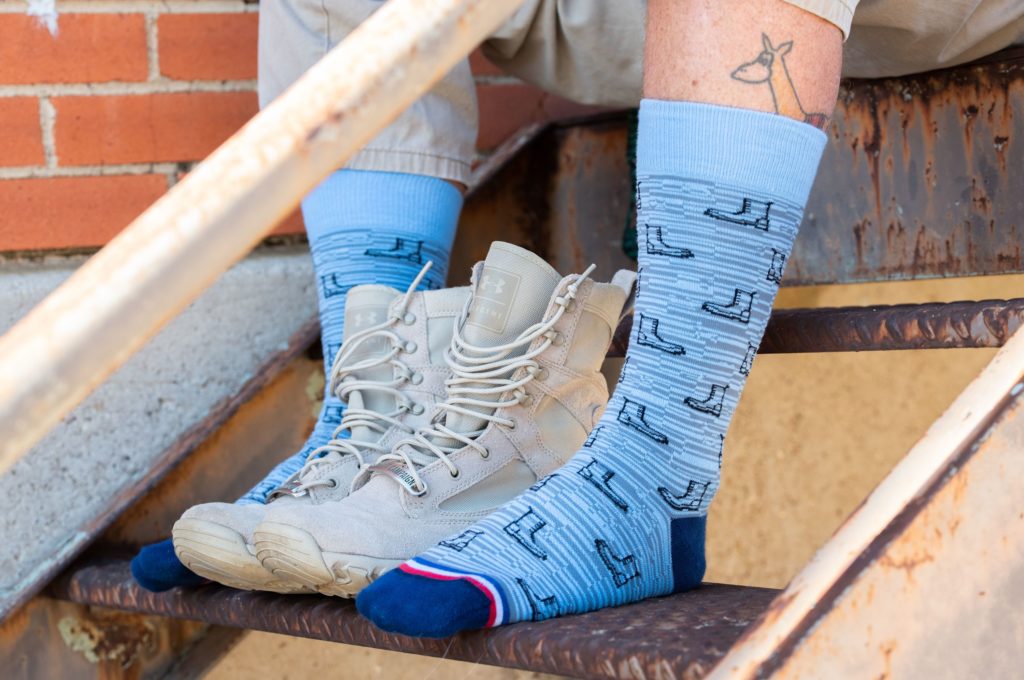 Army Veteran, Tim and His Wife, Tammy Share the Positive Impact of His Health and Wellness Journey on The Whole Family