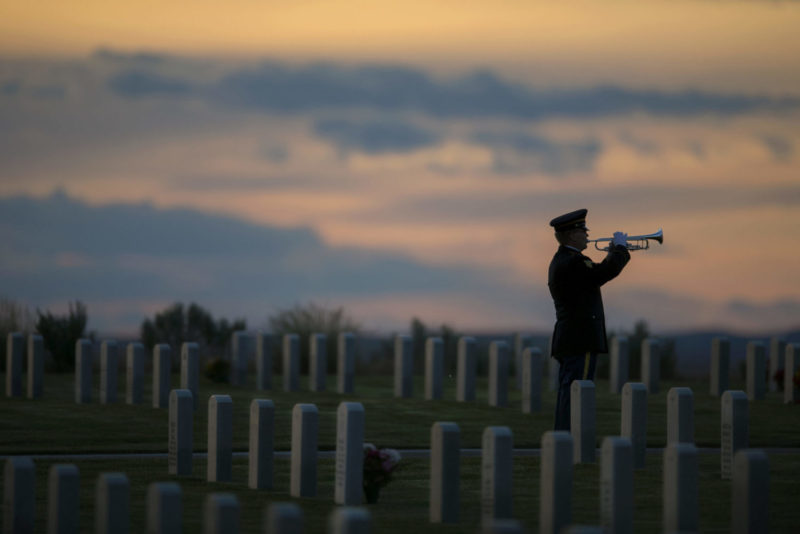 In The Name of Freedom

Last week our Boot Campaign staff gathered online with our team of Veteran Ambassadors spread all over the U.S. for a socially distanced get together. There were lots of laughs; plenty of jabs about which branch of service is superior; conversations about what we’re all missing during this coronavirus environment, and what’s been on our minds.

One of our Veteran Ambassadors said, “I’m just thinking about freedom.”

At the time, his comment didn’t mean too much to me in context of the conversation… but as we approach Memorial Day, I’ve found myself thinking about freedom too.

I’m thinking about the freedom I’m afforded because of the more than 1.4 million service members who have died for me, protecting my right to live, work and play as I please. I’m remembering the Airmen, Marines, Soldiers, Sailors, Coasties, Reservemen and National Guardsmen who perished while wearing the flag of freedom. I’m reflecting on the lives lost and the legacies that live on through family, through friends and through all Americans who pause to honor their selfless service and ultimate sacrifice.

The weight of their gift — in the name of freedom — can be a heavy burden to bear, especially for those who served alongside them. That burden is something I can empathize with, something I can respect, something I can honor but it’s not something that I can say I have experienced first hand… and maybe that’s why so many Americans shy away from the true meaning of Memorial Day.

I asked Boot Campaign Veteran Ambassadors what Memorial Day means to them; those who have raised their right hand to defend this great nation and during the course of their service have lost their teammates, fellow soldiers, and dear friends. I’m humbled to share their responses with you below in hopes that you, too, feel the true meaning of Memorial Day.

“To me, Memorial Day is a bittersweet combination confronting the void of my fallen brothers and sisters in arms while celebrating the contributions they provided for our American way of life.” — U.S. Air Force (Ret.) Jason Howland

“On Memorial Day I honor the men and women who have paid the ultimate sacrifice for our country’s freedom! I feel blessed to have been able to serve side by side with some of our nation’s greatest heroes. May their sacrifices never be forgotten.” — U.S. Navy Senior Chief (Ret.) Torrie Rogers

“I love seeing all of the flags flying everywhere to honor my brothers and sisters in arms that were willing to make the ultimate sacrifice. I also hear Lee Greenwood’s song, God Bless the USA, playing on repeat in my mind all day on Memorial Day because I won’t forget.” — U.S. Army SFC (Ret.) Cassie Cantin

“Memorial Day elicits a lot of feelings for me as it is a time that I reflect on the Soldiers that I served with who were killed serving their country, as well as those service members who lost their war at home. Sadly, in my personal experience the latter is more numerous than those killed in action. Memorial Day is a special day to reflect upon those that made the ultimate, the most selfless sacrifice for their country and their countrymen – most of those countrymen they never met before giving the greatest gift they have ever received away — their life. I think about the innocence lost, many who were still “kids” themselves and the pain that will forever affect their loved ones. When our battle buddies die, if we were in communication with their family, it many times withers away and we are left to wonder how their loss still affects them. A family from home that I grew up with and are still close to, lost their son and brother in 2007. I see first hand how Memorial Day is almost like a second Death Anniversary and it hurts me. The loss never goes away, though it may not be as visceral as the original moment. So I raise my glass to those I knew that died at home or abroad from their wars and wish that the sacrifice that was made could translate into an understanding for all Americans that why this day, Memorial Day, is held in such reverence by those still fortunate to be walking the earth and around those that they love.” — U.S. Army Sergeant First Class Michael D. Hardgrove Jr., who is currently serving as an essential military employee amid COVID-19

This Memorial Day, join me in reverence for those who laid down their lives for freedom. Because of them, we can work, live and play as we please. Think about freedom, always remember and never forget the fallen.