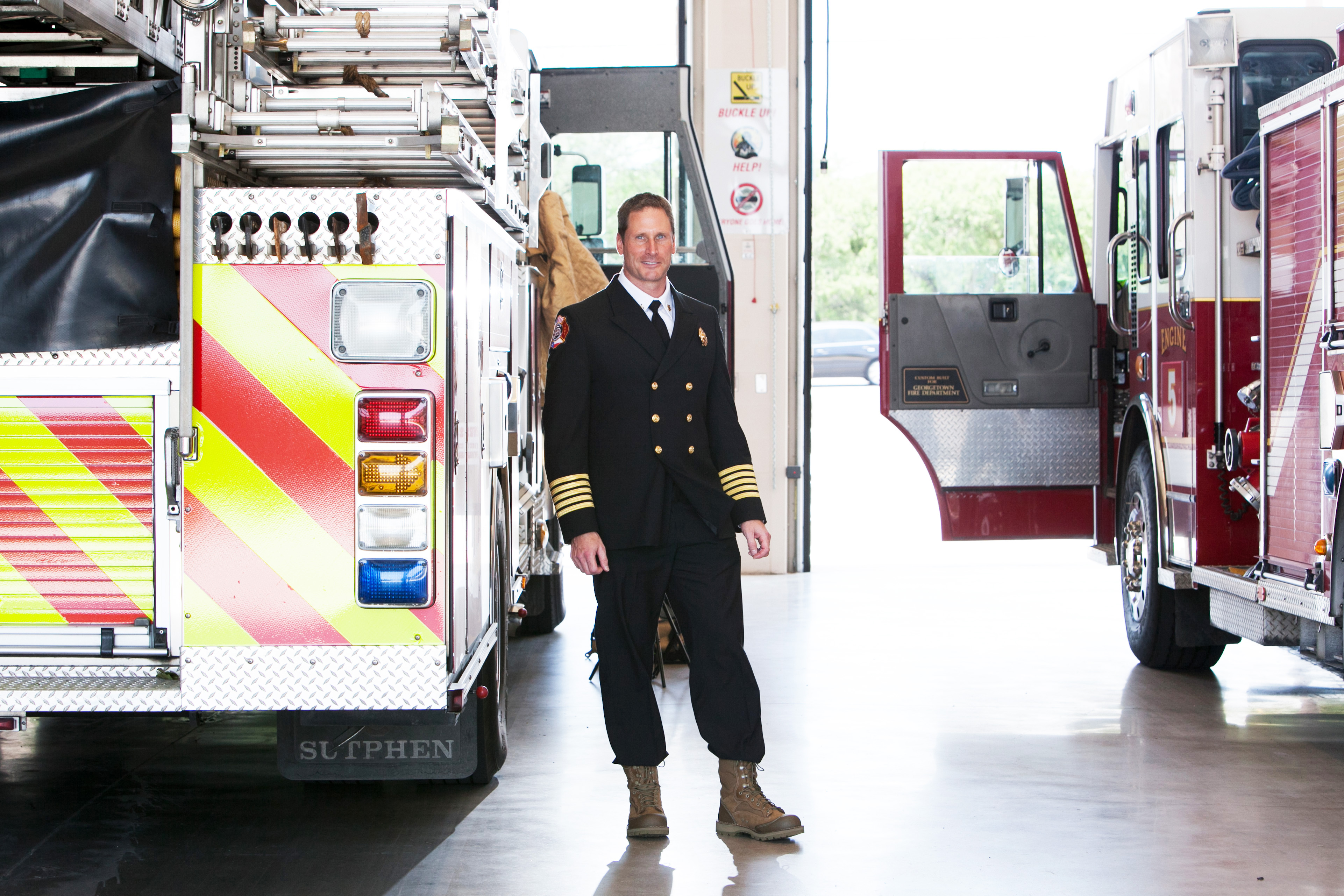 Georgetown Fire Department Goes Above and Beyond to show their gratitude for our troops!

As you know… this week kicks off our new series, “Heroes Honoring Heroes.” Today we wanted to tell you a little bit more about the Georgetown, TX Fire Department, Fire Chief John Sullivan and the wonderful firemen that have gone above and beyond to show their support for Boot Campaign and the men and women of our military.

Let me start by saying ….. There was never a moment of hesitation when we spoke to Chief Sullivan about getting his Boot Campaign “Give Back” combat boots on. He has been more than willing and excited to, “pave the way,” in Georgetown and get the conversation started! Being so close to Fort Hood, he found it imperative that our brave defenders know that our Georgetown community and Boot Campaign are here for them.

I asked him, “why have you decided to join Boot Campaign and get your BOOTS on?” Chief Sullivan quickly replied, “Much like the fire service, the Boot Campaign maintains a simple mission….people helping people. I believe that the support we give the returning men and women, through the Boot Campaign, demonstrates just a fraction of the respect that we owe them for keeping us safe and free. It is my personal belief that there needs to be a fundamental change in the way we treat the deployed and returning military. These men and women have sacrificed their time and lives for us and we owe them big time. The easiest way for us to do this is through a solidarity program, like the Boot Campaign, that assists in their transition back home….this is where they belong and we need to show it so they can feel it and believe it.” You can’t tell me that Chief Sullivan doesn’t have a HUGE heart. This is a man that GETS it!

Recently I received an email from Chief Sullivan that put the entire office into tears. You see… Chief Sullivan and his ENTIRE team wanted to more broadly demonstrate their support for our returning military men and women. At first they were just going to pick one Friday out of the month to show their support… but they soon realized that with their 24 on/48 off schedule – some guys might hardly get to wear their boots because it could be 3-4 weeks or more of having Friday off. So they developed an internal policy that encourages their members to support Boot Campaign by wearing their BC BOOTS (camo or tan) EVERY Friday. They can also purchase their normal duty boots (black) from Boot Campaign and be reimbursed the cost (up to their authorized limit.) The black Boot Campaign boots can be worn EVERY day at work and allow his team to support Boot Campaign 24/7/365!

Are you crying yet? Cause I am crying all over again as I am typing this…..

We can’t wait to share more news with you about Georgetown getting their BOOTS on! Huge THANKS to Chief Sullivan and the Georgetown Fire Department for their continued support.