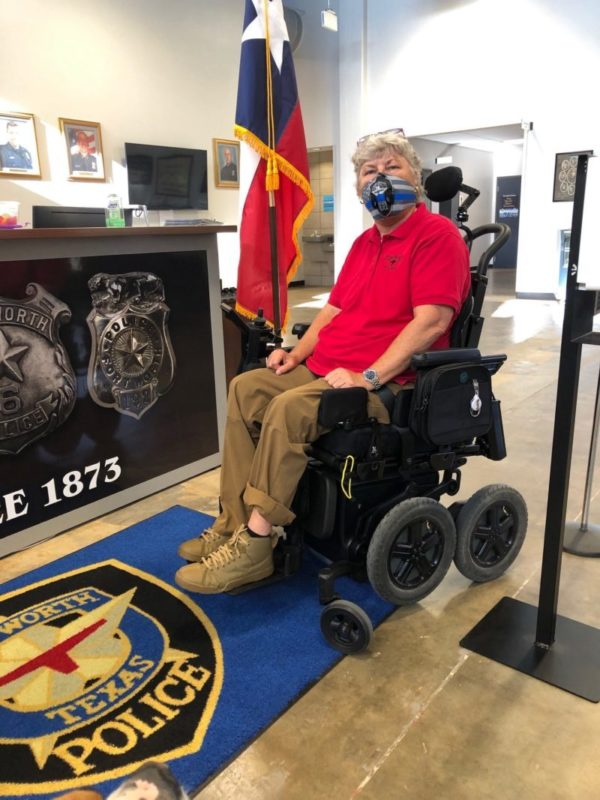 What do you do when your life changes drastically and in an instant? Do you power forward and persevere? For Texas native Lisa Ramsey, harnessing resilience and helping others fuel her desire continue her service and keep going.

In 2003, Lisa was working her dream job as a Fort Worth police officer fighting crime, protecting the community and at the time, focused on getting narcotics off the streets as a member of the Tactical Investigations Division. During one raid, she was critically wounded, shot through the spine and left paralyzed. Though she is bound to a wheelchair, she’s fought to keep taking one step at a time every day during her healing process.

Lisa wrote in to Boot Campaign a little over a year ago with a simple inquiry about a pair of boots she was interested in purchasing. Over the course of the next 15 months, Lisa not only bought the first pair she spotted online, but also bought several more. To speak with her on phone or email you would never know that half her body is not functioning as she moves forward each and every day with a spirit of optimism. She continues to serve in law enforcement now, a beloved mentor and coach in a time needy of wisdom.

Wearing Boot Campaign boots is a celebration for Lisa.  She proudly wears them in support of the men and women who serve in the protection of our freedom both in the military and the law enforcement community.

While discussing her favorite footwear she commented, “The reason that I spend so much time with military veterans is because I literally have no peers. I was shot in the line of duty which left me a T-7 paraplegic and those type of injuries are hard to find in law enforcement. When an officer is injured that severe, they medically retire and drift away. I found my tribe with military veterans because most of them were injured during service and they all seem to deal with some sort of PTSD, which I do as well. It is very important for me to support their causes and they do the same for me. I have found that many, many of the veterans are 10+ years younger, so I feel very maternal towards many of them. I fully support the Boot Campaign because they are focused on the veterans who have physical disabilities as well as PTSD, something that I can absolutely relate to.”

Thank you, Lisa, for your service and continued effort to pay it forward through your dedication to Boot Campaign!

Dr. Jason Piccolo from The Protectors Podcast Laces Up