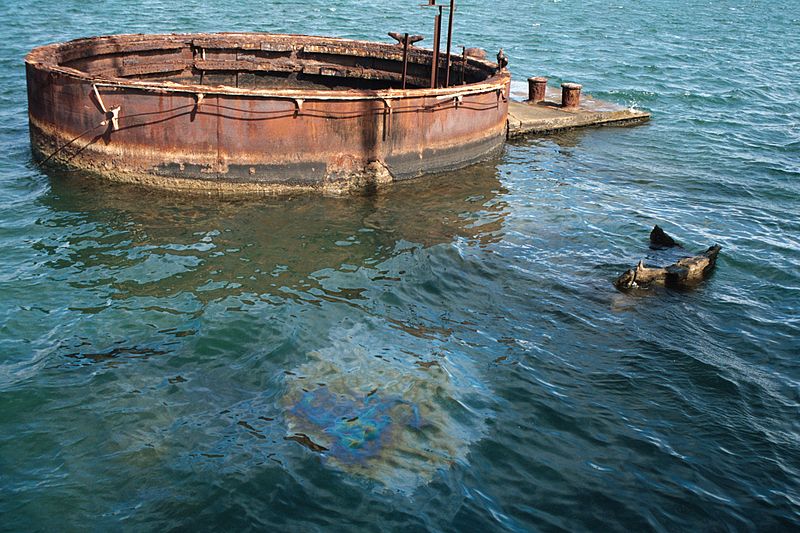 Voices Cry Out In Oil Leak

It would be easy to cap this oil leak, and in the grand scheme of things it would probably cost very little to do. At the time of the ship’s sinking it still contained approximately 1.4 million gallons of oil. Every day for the last 70 years the USS Arizona leaks approximately a quart and a half of oil (that’s 6 cups) to the surface. It’s estimated there are less than half a million gallons of oil left today, leaking one drop at a time to the top. It isn’t so much that it demands our attention because of an oil spill as much as the symbolic “black tears” of the thousand plus men who are entombed there. Every day their voices rise to the surface begging visitors to take notice of them. Perhaps it’s a cry to never forget what an enemy can do if given the chance. It might pose as a small environmental disaster but who would dare silence the loud, inaudible cry of 1,177 men, whose voices rise to the surface daily?

There will come a day when these black tears stop flowing, but not before all those who survived the attack have faded into the abyss. Who will tell their stories then? Time is of the essence for them. Several of the passers-by in the memorial above are some of remaining ship’s 200+ survivors. They go there daily as volunteers just to tell their stories in hopes complete strangers will pick up the torch, when theirs fades, and the black tears flow no more. Many choose to be buried with their comrades when they die, asking for their ashes to be spread over the memorial. A request respectfully granted by the National Park Service.

On December 7, 1941, just after 8:00am the Japanese bombed Pearl Harbor. Most history books will tell you the key detail of the Bombing of Pearl Harbor was it ushered the United States into WWII. For the 2,390 Americans who died that day, with nearly half of them serving on the USS Arizona, the most important detail is the “voices” (in the form of a rhythmic oil leak) from 1,177 entombed soldiers rising to the surface daily, shouting in complete silence “Never Forget”.