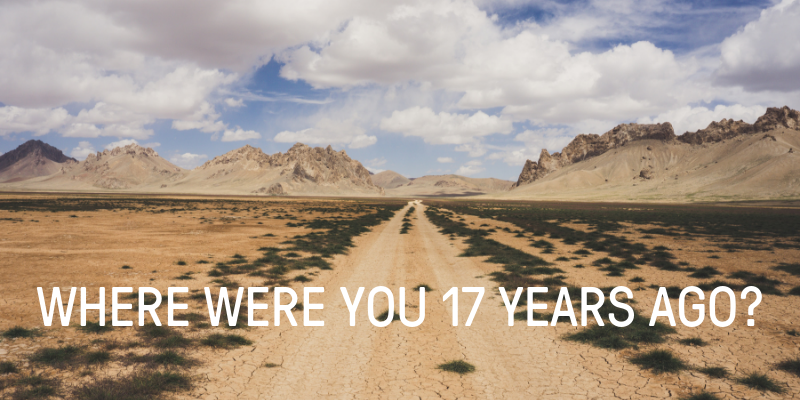 17 Years Later the War in Afghanistan Rages On: What Veterans Have to Say About It

THE FOCUS IS ON FAMILY AND FUTURE

On October 7, 2001 the United States launched Operation Enduring Freedom as part of its Global War on Terrorism. Seven years ago the war in Afghanistan earned its place as longest in U.S. history. While the military conflict’s end date is unclear, the service and sacrifice of the military service members and their families is undeniable.

Since 9/11, 2.77 million service members have served on 5.4 million deployments*. We talked with those who have served in both wartime and peacetime and those who served during Operation Iraqi Freedom and Operation Enduring Freedom who are continuing to give back. This is what they had to say. “As my wife and I welcomed our eldest son home from Afghanistan this year, the same place, both of us deployed to in years past during our multiple deployments, the fact that this our nation’s first multi-generational war hit home. My resolve is strengthened to build a National Global War on Terror Memorial in our nation’s capital; it will be a memorial to a living war — something never before accomplished in this country. But then again, the GWOT is a war unlike any we have ever seen.”

Michael “Rod” Rodriguez, President and Chief Executive Officer of the Global War on Terror Memorial Foundation in Fayetteville, NC. He is a retired Special Forces Green Beret with nine deployments. In October 2001, when the war in Afghanistan began, he was at a 7th Special Forces Group training event  in Fort Bragg, NC. “As an active duty service member or veteran you are there, doing the work, seeing effects firsthand in yourself and/or in your brothers and sisters. You are in a unique situation and truly have the opportunity to have your finger on the pulse of the needs of our service members. We are here, for the ones to the left and the right of us. Why not go beyond that? War is hard, but there is so much you can glean from it; a resilience and a bond you cannot find in any other situation. Being in such a position, how could you NOT want to give back?”

Michael McFarland, HM2(FMF), enlisted in the U.S. Navy in 2014 and has been on four OEF/OIF deployments. “After 24 plus years of service to our nation as an Army Soldier it both saddens me and give me great pride in knowing brave men and women continue to defend us in our country’s longest war. Having fought in both Desert Storm and Operation Iraqi Freedom, I was fortunate to have a period of time where our sole focus was preparing to defend our nation which ultimately meant predictable years of hard training and balance with family. As we now are into our 17th year of combat operations since 2001, that balance and family time is the exception not the rule. Our Army is smaller than the one I joined in 1989, and we are asking a tremendous amount from this force both from the service members of each branch of the military, but more importantly we are asking a heck of a lot from their families.  We used to say as leaders that ‘our credentials are the brave men and women we serve with and lead.’ With no end in sight for the current war, we need to recognize the families too. They are paying a huge price to ensure our freedom’s remain for this great Nation.”

Chris Talcott is Boot Campaign COO and a retired U.S. Army Soldier. He served in Operation Desert Storm and OIF. “Seventeen years of war is unprecedented. During the great World Wars, we sent our conscripts to Europe “ for the duration of the conflict”…. but not for 17 years. During the Vietnam conflict soldiers typically served two to three one-year tours…. but not 17 years. So for our young men and women in uniform today, the effects of 17 years are staggering. Multiple and many deployments and redeployments means multiple and many missed birthdays, anniversaries, kindergarten first days, high-school and college  graduations and Christmas trees. This is about sacrifice, and this generation of warriors have sacrificed unconditionally….. they are our finest.”

Major General (ret.) Lee Baxter served with the U.S. Army for 30 year years. He is president and owner of Mountain Signal Associates in Lawton, OK. “I feel that the war at its current rate has no end in sight, and is shaping a whole generation that will only know a America at war. These two factors only further hinder the long-term healing that can only be found in the closure of war.”

Sergeant Zachary E. Bell of Nashville, TN is a Boot Campaign Veteran Ambassador who served four years in the U.S. Marine Corps where he deployed twice to Afghanistan. “It is not only the member who may battle with the many symptoms of PTSD but the family members also deal with the impacts of war, not knowing, and the extreme emotions that come with being married to a warrior!”

Chris Auger, DC LCDR Chris Auger (Ret) of Mount Berry, GA is a former active duty Navy SEAL with more than 27 years of service and leadership to the U.S. He is a program consultant at WinShape Teams and a performance coach. “After 17 years of war in the GWOT and the fight continuing still… I find resolve and grit knowing that this war HAS and WILL continue to forge the NEXT greatest generation of leaders and selfless citizens of which I’m honored to be a part of. God Bless!”

Spencer Milo is Director of Veteran Programs, Communications and Development at Marcus Institute for Brain Health at UC Anshultz Medical Campus in Aurora, CO. He is a medically retired, post-9/11 U.S. Army combat veteran and Purple Heart recipient who served in both Iraq and Afghanistan. “Looking back from where we were to where we are now I’m overwhelmed with a sense of pride and patriotism. Yes we have our challenges. An unconventional war creates unconventional problems. Has this war challenged us as a society, yes. Does it define us as a nation, absolutely not. I believe in the deepest part of my heart that what we are doing and why is meaningful. I don’t know what the future holds but what I believe is no matter the direction our country takes the American public will always support the troops.”

Morgan Luttrell is a former U.S. Navy SEAL and the visionary behind the Boot Campaign’s Health and Wellness program.

Suicide of Young Veterans: A Public Health Crisis for America