Freedom is not a concept. It’s a commitment.

Boot Campaign CEO Shelly Kirkland shares her thoughts on Veterans Day below and what it means to her now.

November 11. Veterans Day. What does it mean to you? Fifteen years ago, I can tell you that it did not mean what it means to me today. Now, it moves me. It lights a fire in me that can’t be stomped out.

Freedom is not a concept. It’s a commitment. And for the brave men and women that are serving and have served our great country, their commitment is clear for all to see. Yet, for the rest of us – how committed are we to them? How do we show our respect for their service and sacrifice? Shelly’s father was a physician in the Air Force.

Today, less than half of 1% of the US population is active duty. Veterans of the U.S.’s all volunteer military make up approximately 20% of our population. Though many stories concerning our armed forces have proliferated our social media feeds and news channels, how many of us move beyond a cursory read?

A study commissioned in 2013 by Secretary of Defense James Mattis, showed that most Americans had a positive but “shallow” view of the military. Most Americans said they supported the military, but when they were asked specifics about policy issues and how the military works, respondents were more likely to answer “no opinion” or “don’t know.”

I want to change that; and through our efforts at Boot Campaign, I hope to make significant progress towards that goal.

I want all Americans to know more about our military; what it means to serve and stories about those who sacrifice for us all. And by stories, I don’t mean the ones that often make headlines. I want United States citizens to know about Dani, a fourth grade teacher and Air Force reservist who is building confidence and patriotism in students who will go on to lead in our communities; or Jason, a Marine Corps veteran who continues his service to our country in a different type of uniform as a police officer; or Navy veteran, Alex, who, upon retirement, has dedicated his life to helping his fellow veterans ease their transition to civilian life by providing the most cutting-edge care to restore physical movement and capability; or Army veteran Sarah whose military blood runs deep and spans generations, as her husband, Steve, currently serves in the Marine Corps and her son is carrying the family name on his uniform in the Coast Guard.

Even though I come from a military family, Veterans Day didn’t mean much to me until I began to have personal relationships with veterans, many of whom I now call friends. Shelly’s grandfather served in the Army.

These were folks who were my age who were quite literally putting their life on the line for me. And doing it selflessly. Courageously. Without question. For each of us and for our nation as a whole.

It’s humbling. It makes me proud, and it makes me more committed than ever to make sure that when they come back, we give back in a meaningful way — a way that changes their life for the better and for the long-term. At Boot Campaign, one way we are doing so is by working with wellness partners around the country to address the “big five” health issues returning service members face: Traumatic Brain Injury (TBI), Post Traumatic Stress Disorder (PTSD), chronic pain, addiction and insomnia. The results we are seeing are inspiring.

Today, I ask you to say thank you to a veteran, but go farther than that. Ask them about their service; why they joined the armed forces, the lessons they learned that they still carry with them and the friends they made. Ask them about their families who serve right alongside them — enduring deployments, often worrying for their loved ones’ safety while holding down the homefront.

Make a commitment with us to make November 11 more than a day off from school or work; more than a silent salute to those who served and instead a celebration for those who have sacrificed for us all to protect our freedoms, the Constitution of the United States of America and all those who call her home. Let’s make every day, especially Veterans Day, a celebration and demonstration of our support and gratitude. Lace up, America. And get your boots on. 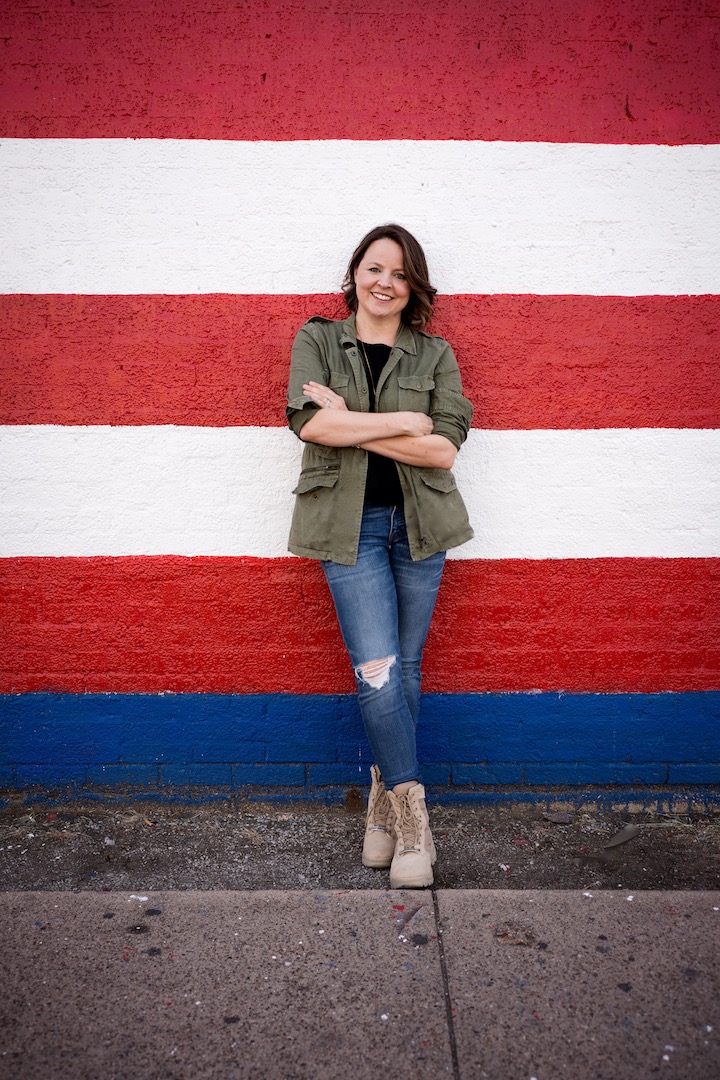