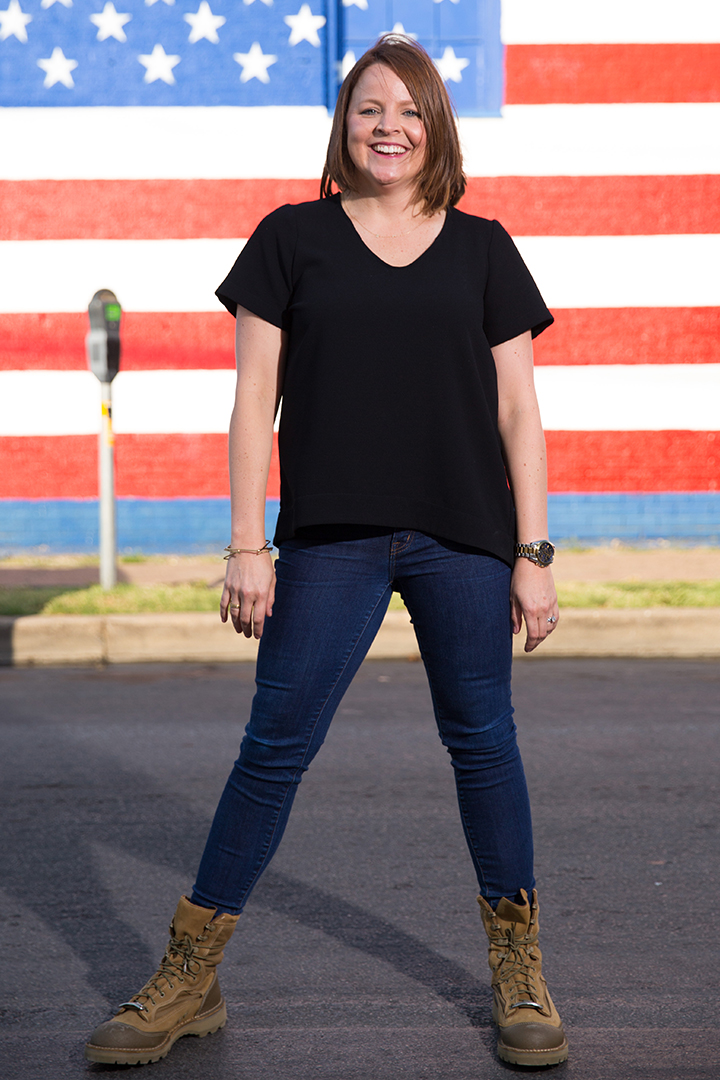 “You, my brothers and sisters, were called to be free. But do not use your freedom to indulge the flesh; rather, serve one another humbly in love.”

The daughter of a veteran Air Force physician, granddaughter of an Army veteran and cousin to a Marine Corps veteran, Shelly has a heart for patriotism and supporting our military community. She also has a head for science and the impact of military trauma – like PTSD and other traumatic brain injuries – on the brain and on veterans’ overall health. In fact, prior to her role as Boot Campaign CEO, Shelly was deeply involved in brain health at the renowned Center for BrainHealth and Brain Performance Institute, part of the University of Texas at Dallas.

For the past seven years, Shelly was responsible the Center’s advocacy, strategic alliances and oversight of public awareness campaigns, media relations, marketing and branding as its public relations director. Before that, she worked at advertising and PR giant The Richards Group, and early on, was a producer at the acclaimed crime-solving TV show, America’s Most Wanted. There she worked hand-in-hand with law enforcement and the National Center for Missing and Exploited Children to bring justice to families and solve missing children cases.

Shelly has a bachelor’s degree in sociology from Vanderbilt University.